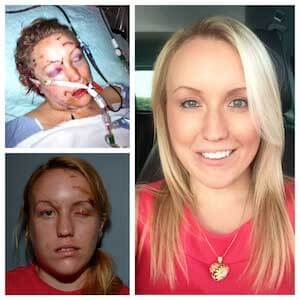 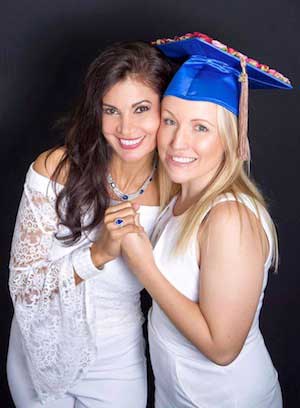 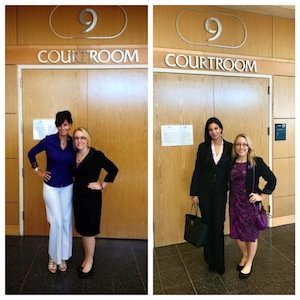 Melissa Dohme survived a brutal domestic violence attack on January 24, 2012… two weeks after her 20th birthday. She was stabbed 32 times and left for dead by her abusive high school ex-boyfriend who she broke up with 3 months prior. She flat-lined 4 times in the ER, suffered a stroke due to a massive amount of blood, endured facial paralysis, had a fractured skull, nose, jaw and teeth knocked out. Despite these horrific injuries, by the grace of God, she miraculously survived!

A few months after the attack, Melissa’s friends and family planned a benefit to raise money for her mountainous medical bills. Steve & Julie Weintraub kindly donated a piece of jewelry from Gold & Diamond Source and after the benefit, Melissa came in to thank them. This was the beginning of a beautiful friendship! Julie learned more about Melissa and that she was still living at her mom’s house where the attacked happened but was ready to move out to start an independent life. Hands Across the Bay helped Melissa get into a safe, gated apartment and our partners at Rooms-to-Go donated a beautiful set of living room furniture. Julie invited Melissa to share her story with judges, law enforcement and attorneys and to meet other HATB survivors.

Speaking out and meeting other survivors gave her strength and showed her she is not alone! As the years went on, Hands Across the Bay helped Melissa travel to Boston to have facial nerve and muscle surgery so she can smile again! The attack left her with facial paralysis. Until she found out about Mass Eye & Ear’s Facial Nerve Center and their program to donate surgery to domestic violence survivors, she thought she would never smile again. Little by little her nerve is miraculously regenerating!

No one can stop her from smiling now!

Following the sentencing of her attacker, where he was given LIFE with no parole, Melissa felt the conviction to become a full-time advocate and dedicate her life speaking out against domestic violence. Julie hired Melissa to join the Hands Across the Bay team to help with Prevention & Awareness of Domestic and Teen Dating Violence in December 2013. Melissa she feels everyday she comes to work and every time she speaks to high schoolers, she is fulfilling out her purpose on this earth.