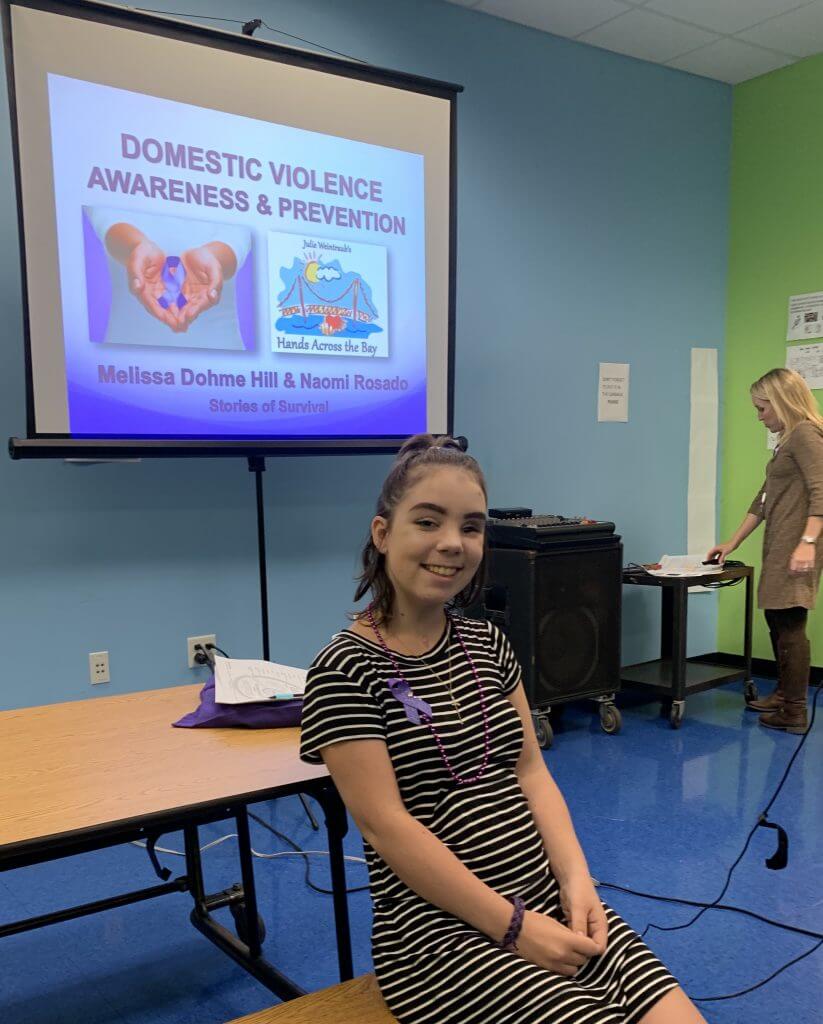 It is a miracle Naomi is alive today as trauma surgeons who worked to save her life told her family that she had less than point 1 percent(.1%) chance of survival after being shot directly into her face. Charles Tenpenny is her abusive ex-boyfriend who she dated for 7 short months before he attempted to kill her. The relationship ended tragically by him shooting her in the face to try and take her and her babies life while she was 5 months pregnant.

Charles never wanted Naomi to keep the baby and constantly put her down, yelled at her, abused her, and instilled fear in her. On the day of July 18th 2018, after another fight over the baby, she was crying with her hands over her face not knowing Charles had a much more violent, evil, and deadly intention for Naomi that day. He took a gun, aimed and shot her in the face….the bullet pierced through her hand, shattering her knuckle, severing her tendon, and then exited her hand and the bullet traveled into her face through her left eye, causing it to completely deflate and permanently take her eye sight. She was then taken to Bayfront Trauma Center where Dr. Stephen Epstein worked tirelessly to miraculously save both Naomi and her unborn babies life despite having two strokes, multiple blood transfusions, and facing unthinkable odds.

“I always tried to make him happy, I was ONLY 18 and had just left my parents home. He alienated me from my friends and family, taking me as far as possible to isolate me. He was my first long term relationship and it started out amazing as he was very charming, before the extreme controlling and abusive behavior started. I even picked out a puppy for him to try and make him happy but within weeks he started beating her, starving the puppy and starving me.”

The bullet STILL REMAINS in Naomi’s head to this day… he left her and her baby lying on the floor to bleed to death alone instead of helping her, facing his actions and calling 911 to dispatch first responders. He hid the gun, lied to law enforcement for 2 days and fabricated a fictional story of armed robbery. Hands Across the Bay was able to advocate with Naomi in court and although we pushed for a life sentence, her abuser was only sentenced to 25 years and never even charged for the unborn baby.

Read the news story here and please join us on fighting for tougher sentences for abusers: 10 News Sentencing

Naomi is an incredible example of resilience and determination. She worked extremely hard in therapy to overcome her injuries and gave birth to a healthy beautiful baby boy. She is an amazing mother and feels like their lives were saved to speak out against Domestic Violence and make sure this will never happen to another young teen ever again.

Naomi has now spoken with Hands Across the Bay at local schools and events and has plans of continuing to let her voice be heard throughout the world. Hands Across the Bays team feels truly blessed to have met Naomi in the very beginning of her journey while she was still in the hospital. From the support of our community we have been able to provide Naomi with emergency funds, gift cards, counseling, baby needs, and additional necessities to carry her family through this difficult time. We are proud to partner with Randy Minor an Ocularist in Odessa who discounted his services for us to provide Naomi with a new prosthetic eye. Naomi is A BEAUTIFUL SURTHRIVER and we are honored to be apart of her journey.